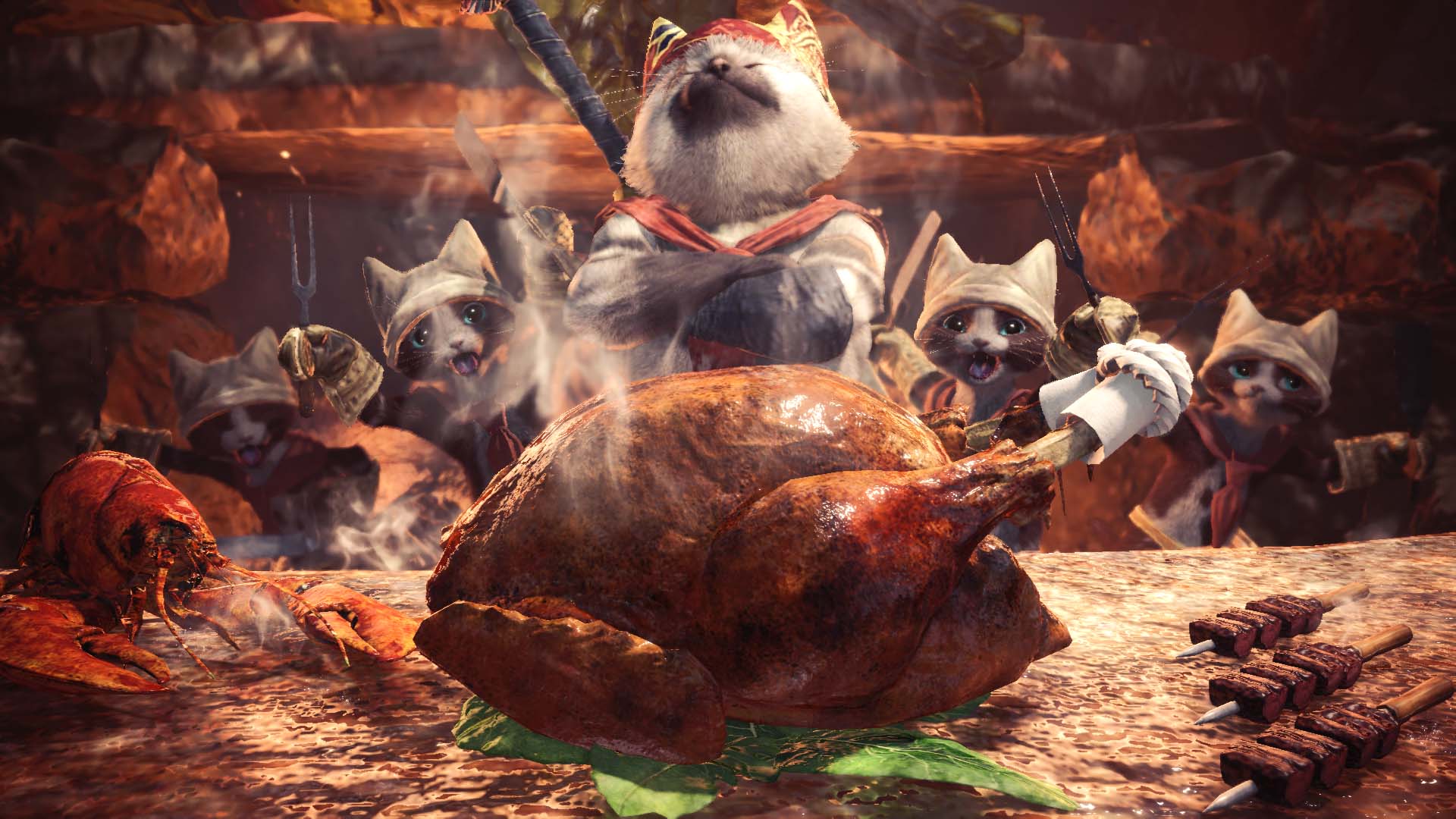 In Monster Hunter World, few quests have given players as much trouble as Gettin’ Yolked in the Forest, a delivery quest that requires players to deliver two Wyvern Eggs. What’s interesting is that the quest is very easy to complete, even as a solo player, so long as you know what you’re doing.

The quest is obtained by speaking to the Meowscular Chef in Astera. He should have a flashing exclamation mark above his head if he needs to speak to you. Since this is a Level 4 quest, it’s likely that you won’t see it until you’ve progressed to that point.

Once you have the quest, you can find it under the Level 4 optional quests on the quest board in Astera. Load it up and have your character spawn at Ancient Forest Camp (17). This is close to where you’ll find the Wyvern Egg that you’re looking for.

The Wyvern nest, where you’ll find the Wyvern Egg, is in Sector 16, just across the border from the Ancient Forest Camp and Sector 17. There will be a section of the nest with several Wyvern Eggs in it. Approach it, but don’t pick them up just yet.

Cycle through your radial menu and activate your Ghillie Mantle, then pick up the first Wyvern Egg. You can then sprint and slide down the winding path and make your way back to the Ancient Forest Camp in Sector 17. Because the Ghillie Mantle makes you invisible for a decent length of time, you can run or walk all the way back to the camp, then drop the Wyvern Egg off in the supply box. If you can’t find a good route to the camp, bring up your map and set a waypoint for it, but it’s not hard to master the path.

As soon as you deliver the first Wyvern Egg to the supply box, remove your Ghillie Mantle. It is not likely to last long enough to allow you to snag both eggs in one run, and it has a five-minute cooldown timer after each use. Remove it, then head back to the crawl space that leads to the Wyvern nest. When the Ghillie Mantle is ready to again, pop it, grab the second Wyvern Egg, then deliver it to the Ancient Forest Camp supply box.

Because the Ghillie Mantle makes you invisible, the Wyvern will not attack you. It will, however, fly very close to you and put your character into a state of combat. A state of combat initiates a stamina bar that limits how long you can sprint. If you are sprinting when that bar runs out, you’ll drop the Wyvern Egg and must start over. Keep an eye on the top left corner of your HUD. If you don’t have a stamina bar, sprint the whole way. If the Wyvern flies close to you, check and see if the bar popped up. Just slow down for a bit and you should be good.

Now that you have knocked out Getting’ Yolked in the Forest, visit the Shacknews Monster Hunter World guide and walkthrough for more help with all your monster hunting needs.

Bill, who is also known as Rumpo, is a lifelong gamer and Toronto Maple Leafs fan. He is known for his guide writing and, unsettlingly enough, enjoys grinding out in-depth collectible articles. Tweet him @RumpoPlays if you have a question or comment about one of his guides.

My gas fireplace won’t turn off